View Finders chronicles the adventures of two photographers who are in search of beautiful locations to photograph. Along the way they talk to experts about what makes each location so unique and so special, providing an educational aspect to the show. However it is the adventures and the visuals that draw the audience in, with stunning footage of the locations when the light is the very best. The show is fun, upbeat, laid back, and completely unscripted. The dynamic between the two hosts is full of humor and good natured conversation, and their adventures take them on hiking trails, in canoes, out on boats, and throughout some truly stunning landscapes. The soundtrack of every episode features music from a wide range of up-and-coming Georgia musicians,. There is nothing like this on television, and we look forward to bring you more incredible locations that will give you ideas on how you can plan your own adventures.

Watch it on Saturday mornings on Georgia PBS, or stream it anytime on the PBS app

Season 2 will premiere in spring of 2023

Here are your hosts: 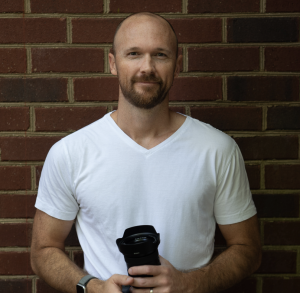 Chris Greer is an award-winning photographer, author, college professor, and television producer. He produces and co-hosts the TV show View Finders which chronicles the adventures of two photographers in search of beautiful locations to photograph. Chris wrote and photographed the best-selling book Georgia Discovered: Exploring the Best of the Peach State and he photographed the upcoming book Naturally Georgia: From the Mountains to the Coast. His work has been featured in galleries, exhibitions, magazines, and a wide range of online media. When he isn’t taking photos or teaching classes at Georgia College, he resides in Athens with his wife and two young boys. 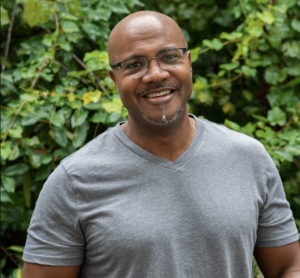 Paul Daniel is an Atlanta-based freelance photographer who specializes in creating spectacular city and landscape images of Atlanta and places beyond. He has created many images used by the Atlanta Conventions and Visitors Bureau to promote the city’s travel and tourism industry. He has created images for many well known companies such as Federal Express, British Airways, Marriott Properties, and has also had images used as feature photos for WSB-TV (Atlanta, GA), Good Day Atlanta (Fox 5 Atlanta), WPIX (New York, NY), Fox 5 New York, and WABC (TV 7, New York, NY). Paul is currently a staff photographer for the Gwinnett Stripers (Triple-A affiliate of the 2021 World Champion Atlanta Braves), and when he’s not out on location shooting, you can probably find him at a local Dunkin’ Donuts getting a caffeine refill. Paul resides in Lawrenceville, GA with his wife and two teenage children…..who should be preparing to leave home for college soon. Really soon. Like, less than two years “soon.”

Watch Live or Stream Them

Season 1 continues to air most Saturday mornings on Georgia PBS. Or you can just download the PBS app to your smart device and do a search for View Finders. If you want to watch right now, just click the image below! 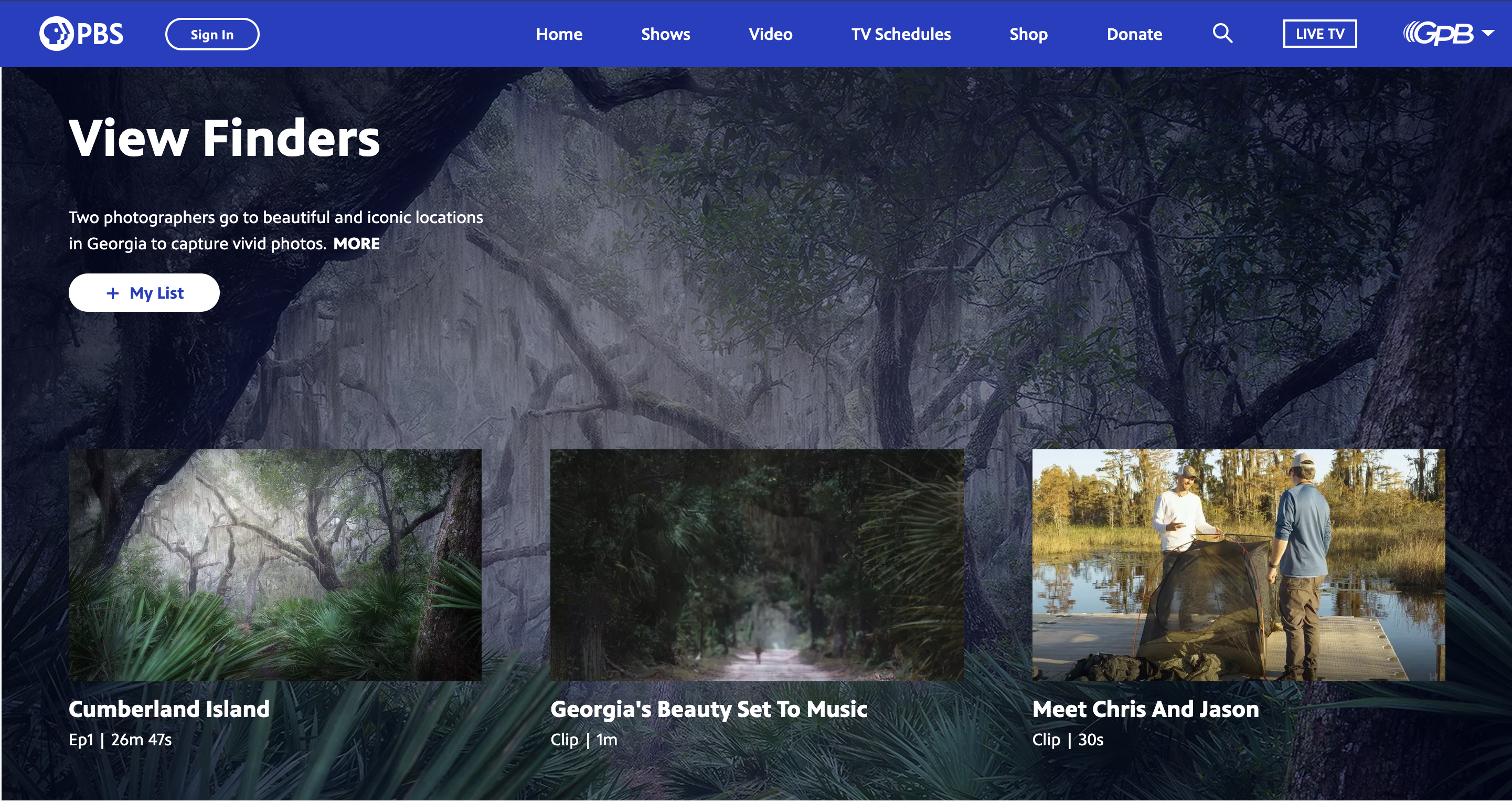