I am thrilled to announce that Season 1 of View Finders will officially premiere at 9 AM on April 23rd. It will air on GPB, which is the PBS station in Georgia. This is a Saturday morning which is when all regional content typically airs on the station, but I think 9 AM is a great time slot because people are generally awake, but usually haven’t left home yet. The 30 minute episodes will air once per week and then there will be replays at random times. I hope you all set your DVRs to record every episode, because we are very excited to share them with you! You will start to see ads and promos airing on GPB at the beginning of April, and I am putting together some really intriguing ones that will hopefully build some buzz for the show. 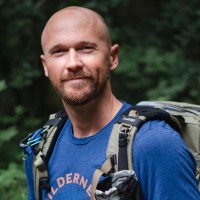 Chris Greer Fine art photographer residing in Athens, Georgia. I am the author of the Georgia travel book "Georgia Discovered: Exploring the Best of the Peach State" as well as the upcoming photography book "Naturally Georgia: From the Mountains to the Sea" which was released in July of 2022. I am also the producer and co-host of the new GPB television series View Finders, now airing on Georgia PBS.

My 2023 Oconee County Calendar is now on sale! Go to "Order Prints" to find it. Dismiss