Almost every photo comes with a story, but some are certainly more interesting than others. I have photos that were taken on a whim without much planning. I have photos that took me 5 or 6 tries to successfully capture. And then I have photos that were very memorable, to say the least. This is a smaller, more intimate gallery that I will slowly fill with images that have a good story to go with them. I hope that providing you with a little backstory about how I made the photo will bring it a bit more meaning, and convey to you just how special some of these captures were for me. I will slowly but surely add more to this gallery, so make sure you check back. 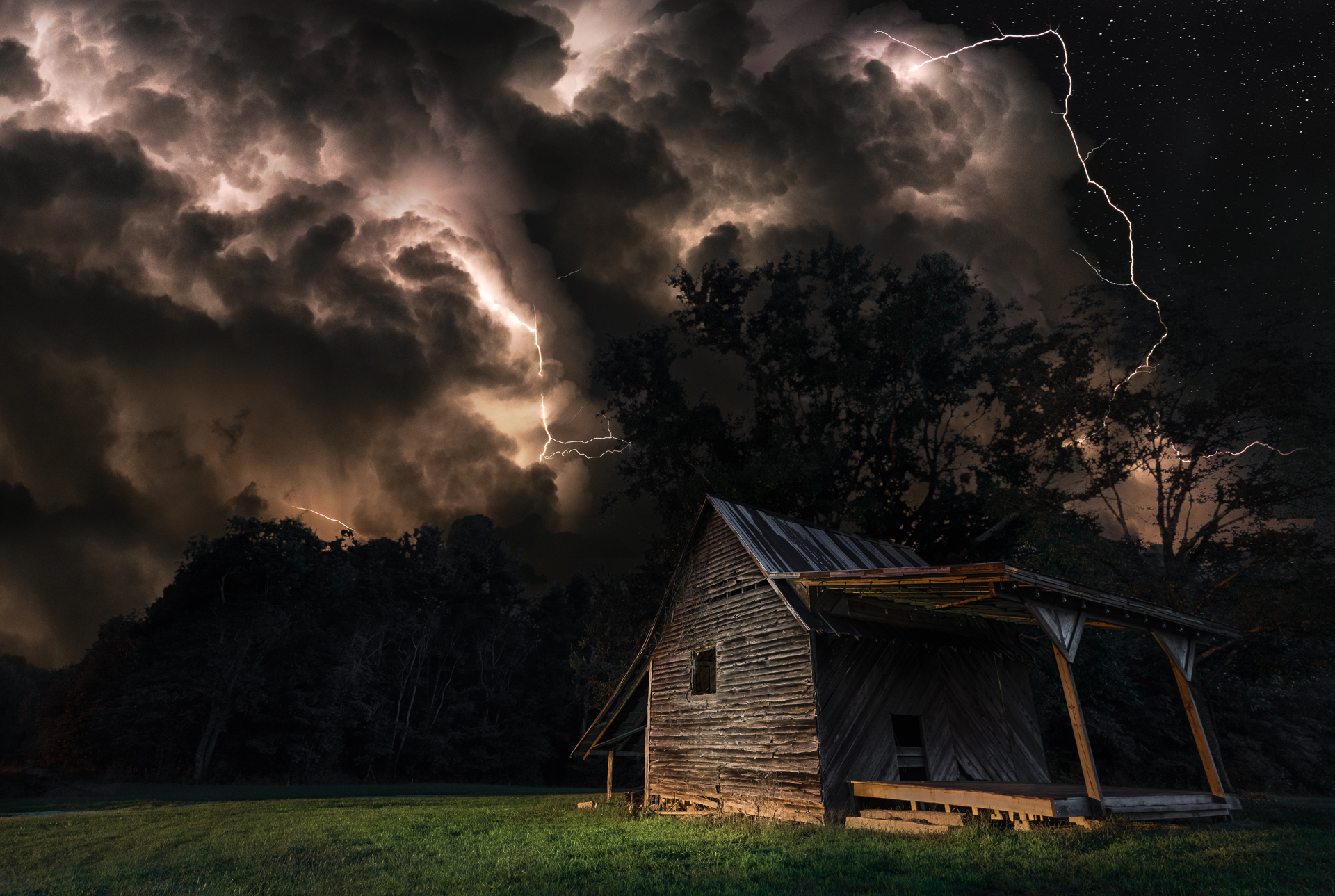 The Barn and the Lightning

This was supposed to be the Milky Way. Weeks of planning with my astrophotography app resulted in a single night where the Milky Way was to rise high above this old barn, creating a really unique and mesmerizing scene. But nature had other plans, and when I arrived there was no clear sky. There was no Milky Way. Instead there was a brooding storm, that was growing and lighting up the sky with flashes of lightning. So, like I have done so many times before, I improvised. I set my camera up on a tripod and light painted the barn with a 30 second exposure, creating texture in the wood and bringing out some of the green in the grass. Then I put my zoom lens on fill the frame with the storm, taking multiple 20 second shots to get as much lightning as possible. These images were blended together for this final result: a massive storm that filled the sky above this historic barn south of Watkinsville. 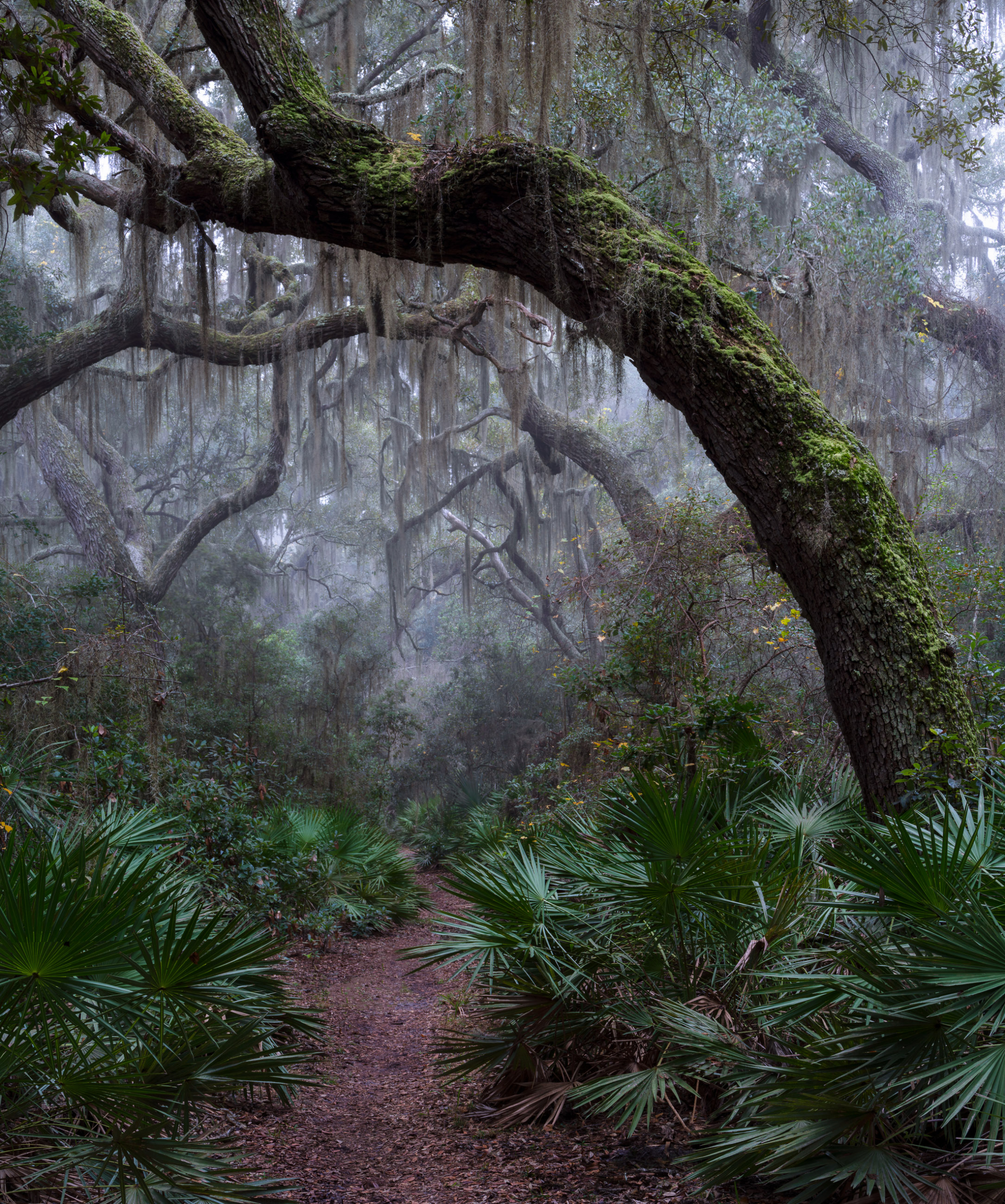 I had been to Cumberland Island a few times before, but never in these conditions. They weren’t planned, they were simply the result of being in the right place at the right time. I traveled here with my buddy (and TV show co-host) Jason to show him the magic of Cumberland. We had been enjoying a nice afternoon of photography, but off in the distance we could see fog starting to form. Over the course of the next hour, it rolled into the island, enveloping everything in a beautiful atmospheric haze and creating separation amongst the magical trees that can be found throughout the maritime forest. This was Cumberland Island at its best, and Jason and I were like two kids in a candy store. I was on the Nightingale Trail when I saw this tree arching perfectly over the path, its green moss catching some light while the fog filled the air behind it. Like something out of Jurassic Park, this scene was a result of several different conditions all blending together for a perfect moment in time. It is one of my favorite images I have ever captured on Cumberland Island. 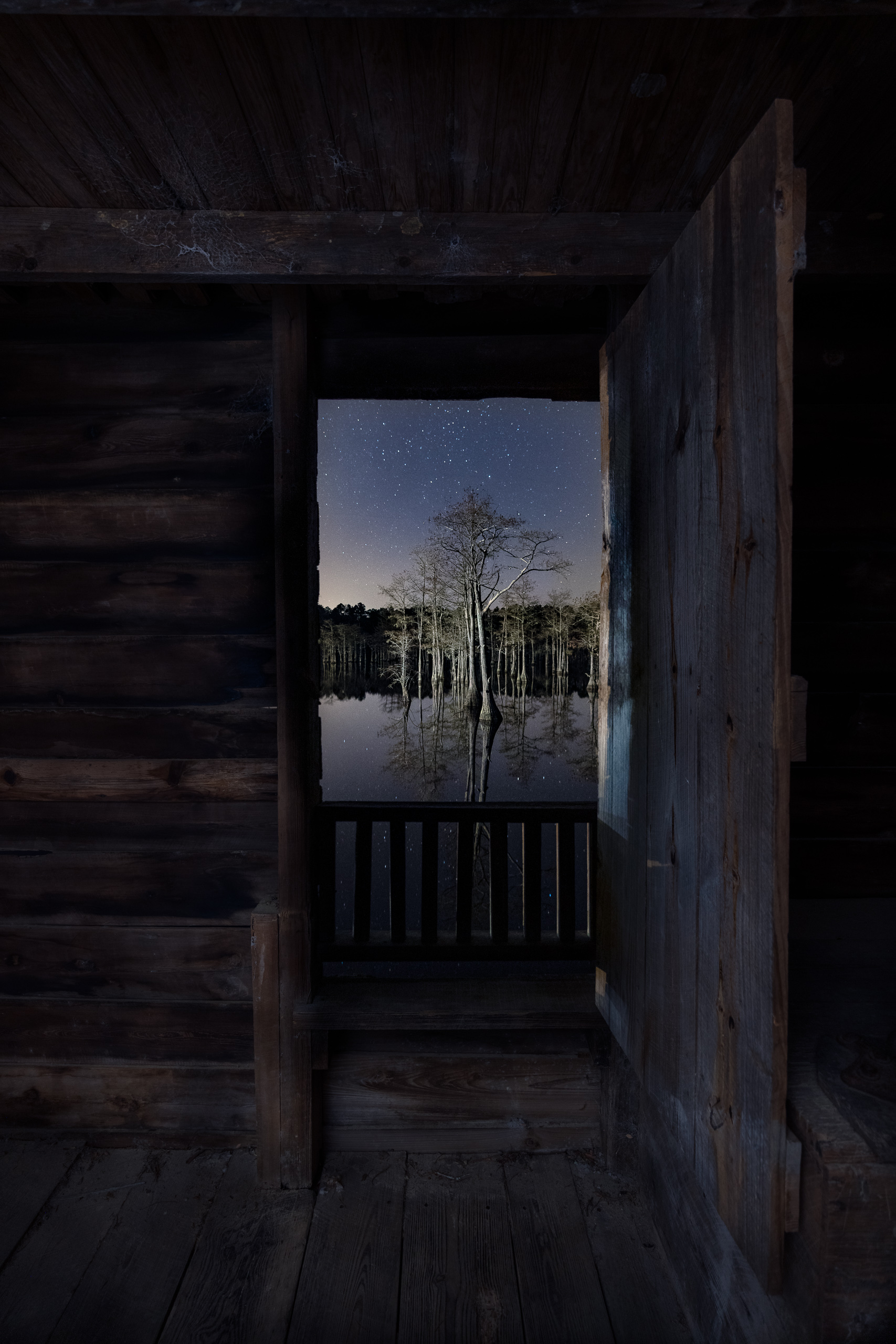 Starry Night in the Swamp

I’ve been to George L. Smith State Park several times, because it is a little slice of photographic paradise nestled down in rural South Georgia. I was on a photography trip and stopped in for the night, hoping to get something at sunset or sunrise. Once it got dark, I thought I would walk around and just see if there was anything interesting that I might be able to capture. There is an old mill that sits on the pond, and the windows open up to the cypress trees off in the distance. I noticed that the stars had really started to light the sky and I wanted to find a unique composition of the beautiful night. I set up my tripod inside the mill and took this photo right out of the window. One exposure was of the trees and starry sky, and then a second was for the beautiful old textured wood on the interior (complete with cobwebs at the top). I love how the image turned out; it feels timeless and peaceful.