Hello and welcome to my little piece of the Internet. I’m an award-winning photographer and author of the best-selling travel guide Georgia Discovered. My latest book, Naturally Georgia, was released by Globe Pequot in summer of 2022. I also produce and host a television show called View Finders which premiered on PBS here in Georgia (GPB) in April of 2022. I have always had a love for photography, and I started taking pictures at a very young age (within minutes of my dad handing me a fully manual Pentax K1000 back in 1992). Over the past several decades I have developed my skills, traveled the world, and taught college photography classes in far away locations such as Australia as well as Italy. My camera is always by my side during my frequent travels, and I strive to capture the beauty of our world in unique and visually exciting ways. My work has been featured extensively online as well as in print, including large clients such as the American Automobile Association, the Explore Georgia state tourism office, and the University of Georgia. I have photographed a variety of places and people, including President Jimmy Carter, and my work has been, and continues to be, exhibited in multiple galleries. I am an F-Stop Gear ambassador, and I was recently flown in to present at the Unique Camera Show, the largest photography conference in New Jersey. I am an accomplished videographer, crafting videos for businesses, non-profits, and individuals who are searching for beautiful, cinematic storytelling. My videos have been selected for film-festivals and I have created ads that air on Hulu.

I am currently in pre-production of Season 2 of View Finders, where I explore beautiful places with my co-host Paul and take plenty of photos along the way. The show airs on Georgia PBS and features a unique blend of photography, adventure, and education. My co-host and I explore Georgia and other parts of the Southeast while bringing our photos to the screen and showcasing our adventures, as well as a bit of science, history, and ecology. In addition to hosting the show, I am also the principal videographer and editor.  Season 1 was a tremendous success and Season 2 looks to be bigger and better.

Back in 2018 I received my first book deal with Connecticut-based Globe Pequot. The book, titled Georgia Discovered: Exploring the Best of the Peach State, was published internationally in May of 2020. I had total control over the production of the book and not only took every photograph (over 250) but also wrote every word. It has sold very well and is now in its second printing, and it has been an excellent opportunity to have my photos seen by a very wide audience.

Due to its success, I was offered another contract for a pure photography book, Naturally Georgia, which was released in summer of 2022. It is a hardback book full of gorgeous photos from across the state of Georgia and it has sold very well since its debut.

When I’m not taking photos, I am a Professor of Instructional Technology at Georgia College. I received my doctorate from the University of Tennessee and had a cognate in the media arts. My interests include the integration of multimedia technology within the K-12 classroom as well as the use of iPads and Chromebooks for student learning and achievement. I was awarded the distinction of Apple Distinguished Educator in 2015 and have had tremendous opportunities to travel throughout the world and present at conferences.

I reside in Athens with my wife and two young children. 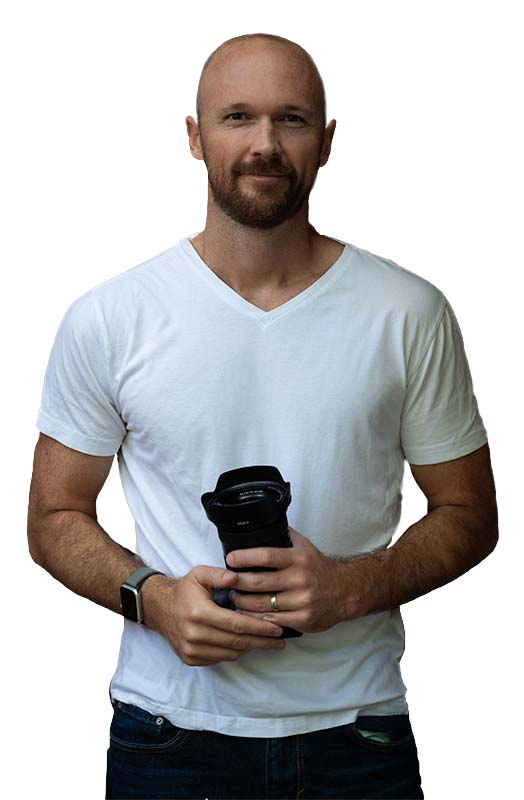